Hello everyone , how are you?
As you can tell i have been a non blogger for a while. I feel like i lost my blogging mojo for a while but now its coming back a little so here goes.
Here at Flowertot Mansion life has been good. We have had some expensive bits to sort out like a new pond pump and filter and a new electric bike for my husband. Our old one was literally starting to fall apart, a new noise and bit needed fixing every other day..so we invested in a brand new one and have been slowly doing up the old one so we have a spare. Both expensive items to purchase but not a whimsical purchase either of them, both we definitely needed. O and then our bloody tv went kaput..couldn't believe it. It was less than 2 years old and just black and nothing. We did buy a new one and i have taken out insurance on this one. Probably not very frugal but i am grateful to be able to replace it.
I have been doing little make over projects in the house and here is the first one. 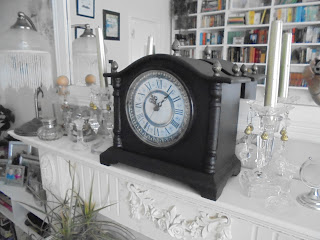 This is my mantle clock after its make over..i took it to bits and painted it Matt Black and totally cleaned up the brass bits on the top..it looks lovely against the white fireplace. 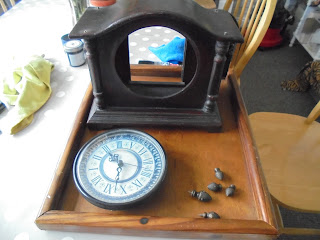 It was a shiny brown before i got my hands on it. 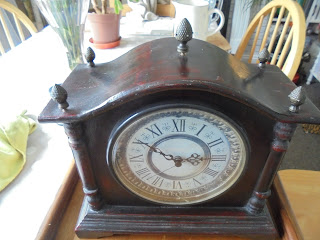 Having been successful with the first clock i then decided to do the dining room one. 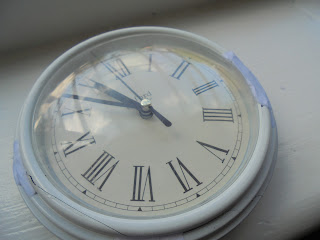 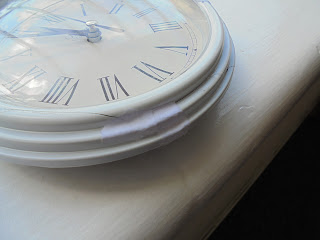 This one took a little longer as i had to build up the cracked edges of the face with paper mache..the clock itself was completely white and the cracks just looked awful. You can see the white clock it was on the pictures of flowers below.
I personally think that this looks much better. 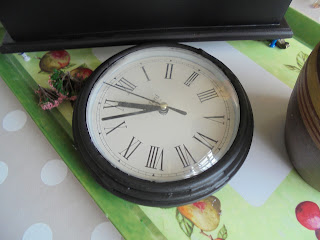 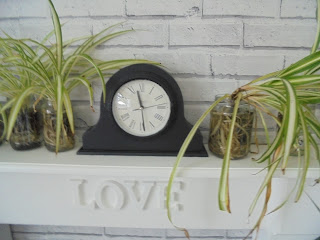 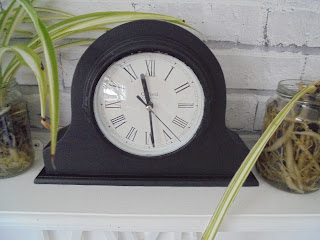 You can only see where i screwed up the painting if your really picky and close to it.
It stands out against the fireplace and looks new. 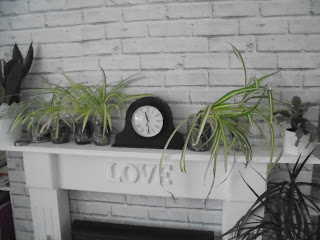 The allotments are now giving up their bounty for us. 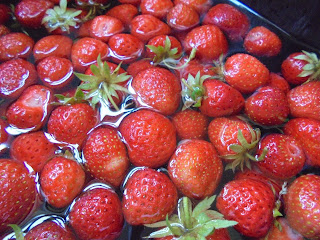 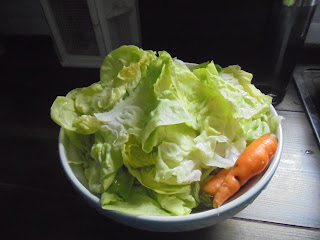 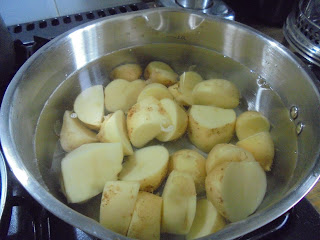 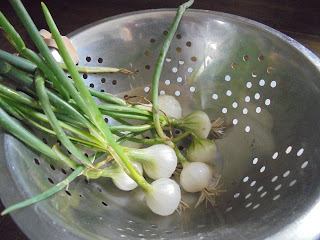 We have also had some Beetroot..delicious.
The back garden is a little hive of activity from dawn til dusk here and i never get bored of looking out the window as there is always something going on or flitting about. 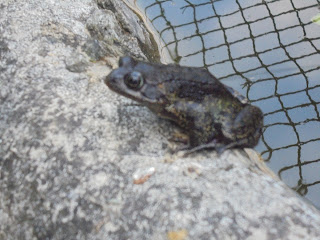 A lovely looking little chap sat on the edge of the pond for ages and had the patience to put up with me taking pictures of him. 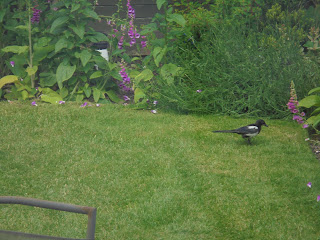 A baby Magpie that seems to have made our garden a rest stop for itself..he was so small when he first arrived and still had fluffy feathers so he wasn't very old but has now filled out and looking much better. 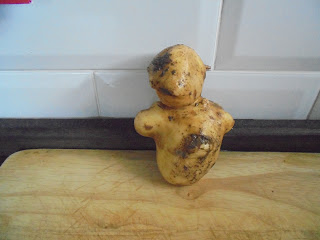 We call this the Snowman potato..what do you think it looks like..he was very tasty though.
I have been experimenting with my camera and took some pics of a gorgeous bunch of roses i received for my birthday. 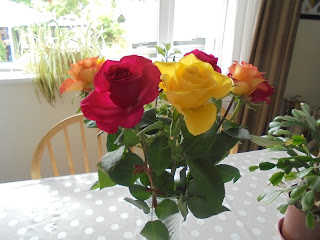 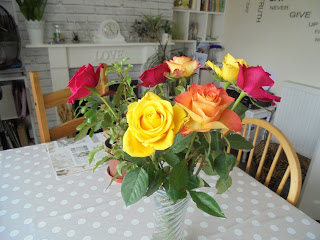 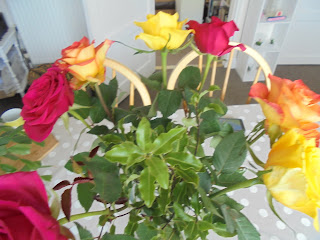 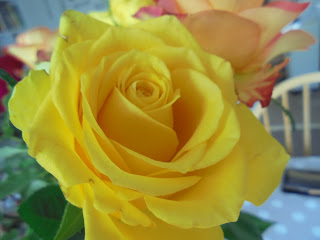 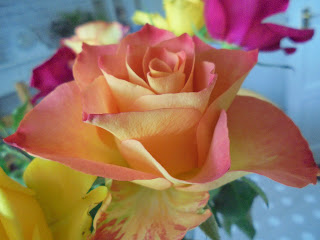 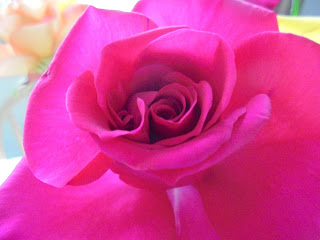 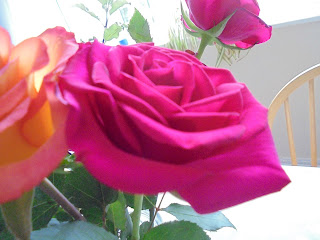 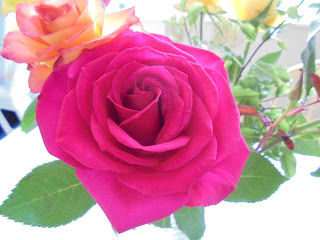 I love the close up ones..so pretty.
My husband cut my hair and  coloured it..yes this time it stayed the correct colour and not some bright bloody dandelion.
I had a reply from the National Trust and it was a lovely email..i now understand why they feel they had to close the gates at Belton, however due to public pressure the gates will be re-opened next month with a booth to take details and card memebership details so if they are abused again by members of the public they have at least a name.I honestly didn't know that it was going on up there..disgraceful that people abused members of staff for being asked to follow the rules.
There is probably lots more to tell you all but i can' think of it right now.
So there you are all up to date..
Take care everyone and stay safe.
ftm