Granola
*******
3 cups of oats
1/4tsp salt
1/3 cup of vegetable oil
1/4 cup of honey or syrup
1 tbsp vanilla extract
1/3 cup of almond or chopped mixed nuts these are optional
1/3 cup of dried cranberries these are also optional
Method
******
Preheat oven to Gas mark 4
Mix all ingredients together in large mixing bowl except cranberries if used.
Spread the mixture on to a baking tray.
Bake for 15 minutes,stirring half way through
Remove from oven and stir again let it cool for 2-3 minutes.Add fruit and stir to combine.
When its cool totally..put in an airtight container.
Will keep for 2-3 weeks.

Method
******
Put sliced apples in bottom of a slow cooker.
Sprinkle over the sugar and cinnamon
Add the oats and water.
Do not stir.
Cook over night on low setting for 8-9 hours.
Wake up to delicious porridge.

Method
******
Mix flour,rice crispies and the 2 tbsps of sugar,baking powder and salt in a large bowl.
Rub in the butter
Add the milk and stir well.Until its just moistened.
Roll the mix into 1" balls..i make about 24.
Mix the cinnamon with the 1/2 cup of sugar.
Drop the balls into the melted butter and then roll into the cinnamon sugar mix.
Place the balls in a round tin 8-9".
Bkae at Gas mark 7 for 15 minutes or until a skewer comes out clean.
Leave to cool..separate them if you want and store in air tight container.
Eat for breakfast with some yoghurt or on their own. 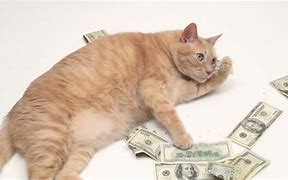 C'mon..did we really think it would be any different..