Hello all.
I wanted to redecorate our bathroom this year but with the garden and school and allotments i realized i wouldn't have time.I really don't like painting in the winter months as the paint takes forever to dry properly.
So instead i just did a makeover.
I emptied it then did a deep clean from top to bottom.Which wasn't too bad..the tiles came up lovely,i used a mould remover on the ceiling ,even though we have an extractor fan the mould still comes back..we have used an anti mould paint especially for bathrooms and believe me its great..no where near as bad as it was before.
I bought a new blind..this one actually fits all the way across the window..our old one never did..to be fair i think we measured it wrong. 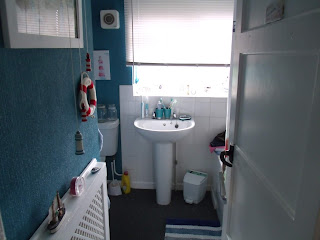 The picture of lighthouses in the background was 99p on clearance as well..this gave me the idea for the bathroom makeover. 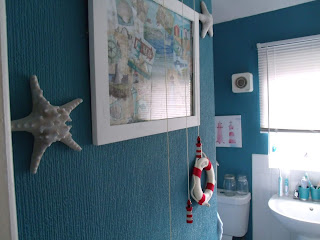 This boat i bought from B&M..for 99p in the clearance. 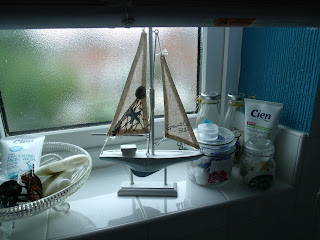 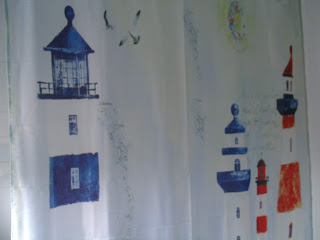 I printed off pictures of light houses and beach signs..the girls then made a collage. 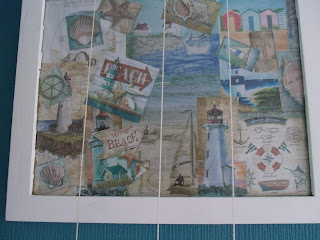 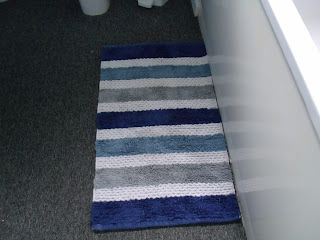 And a sign for 99p on the back of the door 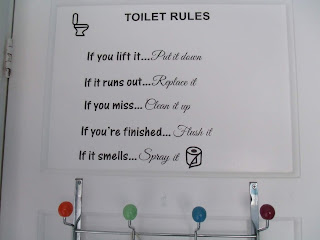 It looks clean and fresh and not in need of decorating now for a while. 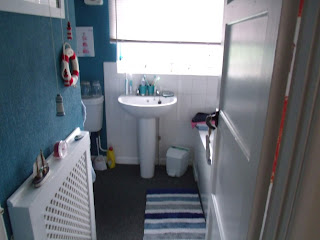