As the saying goes..it looks worse before it gets better..

Hello all, how are you?
Well what a wonderful week it has been..and a wedding to top it off..didn't Meghan look the picture of elegance..Harry looked like a deer in the headlights startled to say the least..i wish them both well.

So back to flowertot mansions..as you all know this year is the Year of the Garden..its time for a change.
One of the major changes is removing a hedge..it looks amazing but totally blocks light and also it makes our garden look small..we have removed it and the change is dramatic to say the least.. 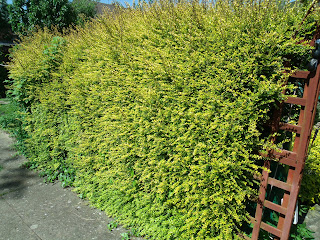 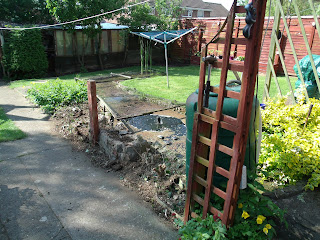 We are going to move the pond pump to the shed and put the pipes underground..but as you can see it totally opens up the garden..its going to take some getting used to. 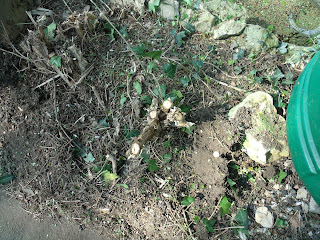 The stumps of the bush have now been dug out 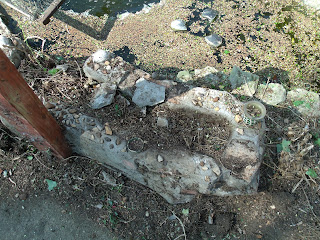 The little waterfall that my husband and children built together years ago was buried by the bush..it has been knocked down and all the stone removed.. 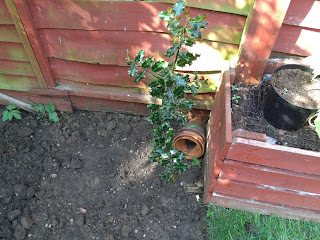 We dug out a small holly bush that was swamped by the hedge..it has been placed in the new border..so far he hasn't wilted and is looking good. 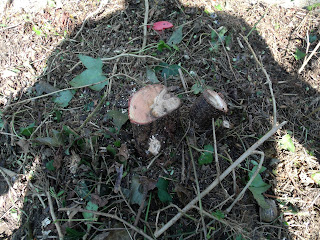 This is the stump of a flowering currant bush..god knows where it came from but it has been dug out also..now we have to dispose of it all...we did shred a lot of it but a small bonfire will get rid of the rest.
So the garden is starting to take shape but it looks like a bomb went off and scattered the hedge..looks awful but it will be worth it and look good when we are done.
ftm