O oh the PC Brigade are out in force..

Hello all..how are you today?

Well now apparently its racist to dress your child in their favourite character costumes as you could be labelled "racially inappropriate".
Ok so for me its bonkers..wether you agree with me or not ,but  when a child looks at other children they don't notice the colour  or ethinic origin of them..no, they see another child, someone to play with and have friendships with.
Its the same with the characters..just because the character is from a different ethnic background to the child watching them does not mean anything at all, end of..it just means that the child looks up to or is fascinated by that character.If anything it might educate them about different cultures.
Pretty soon when you buy an outfit/dress up costume you are going to be grilled about why you want it,do you understand about the background of it and finally are you in anyway part of that ethnic group.Its the most ridiculous thing i have heard of..how can putting your child into a costume be racist..if anything its a compliment to that character that your child really likes them and see's them as a strong role model..if they see them like that then encouragement should be given if not then to a child its just a cool dress up costume.
Next thing you know anyone who dresses up like a hotdog is going to be called offensive to vegetarians or vegans.
Come on people stop blowing things out of proportion and get a grip..let children be children and not labelled as racists because they like Pocahontas/Moana/Elsa but have no relation to them. 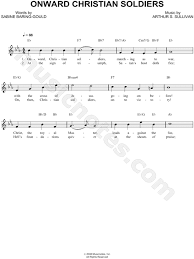 And why on earth has the vicar banned Onward Christian Soldiers..o yes sorry just in case we offend another religion with our hymns..well i am sorry but they have no qualms about offending us and our beliefs.
Sorry to rant but i get bogged of with folks being ridiculous and softy softy approach whilst we as a country are being walked all over.There are bigger things in the world to worry about.