Hello all,how are you doing?
The other day Iris and Fern came running down stairs to tell me that a squirrel was being chased in the garden and it had gone up the telegraph pole..i seriously thought they were pulling my leg..not the case as there he was sitting up there. He was up there and safe and sound..the cat gave up and went home..we spent ages just watching him and he was watching us as well. It was lovely to watch him and we all felt quite lucky that we could see him. I was concerned at one point as a Kite flew over..i kept thinking how flipping ironic it would be for the squirrel to escape the clutches of a cat only to be swooped upon by a Kite and snatched up.Thankfully it didn't happen.
But then as the hours ticked by and he was showing no sign of moving at all..he was up there about 5 hours  and only came down as it got dark... i kept thinking what if he is hurt and can't get down,who do you call? I never had to find out as he went all on his own.We will be keeping an eye out for him and hoping he comes back now and again. 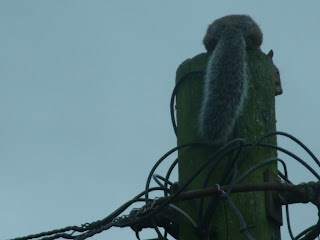 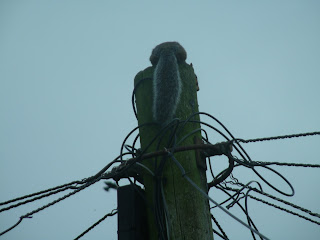 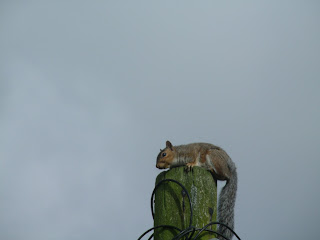 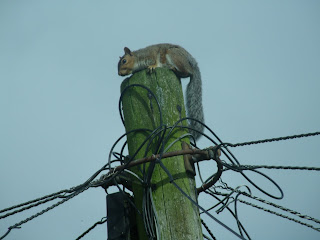 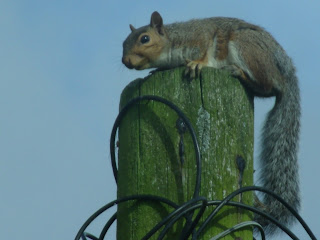