Good morning everyone and how are you today?
Well,well,well where is the time going..its March already. 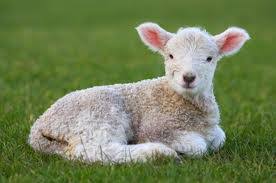 Thankfully it came in like a little a meek and mild lamb yesterday.
We made it through another month of being frugal and making sure we had the money to pay all our bills..not much left over this time as we had an expensive month with 4 birthdays and an anniversary. A trip to the Opticians and also the dentist too..but its all paid for thankfully.
This month we have 3 outlays and thats the dog being groomed..but we have the money already for that and also our National Trust Subscription ..seeing as they have already sent me my new tickets and a date for the direct debit..we made doubly sure the money is there and ready to go.And of course Mothers Day..can't forget that..if my girls are reading this then i have no idea what i want and i don't need anything..so surprise me.
This month we are hoping to save even more,i have a few bits listed on Ebay so i am hoping they will sell but you can never tell.
Unfortunately we have a chicken that is refusing to move ..mind you she is 7 and has over her life given us many,many beautiful tasting eggs..she is comfy as hubby put her in a little nesting box to keep a bit warmer..she has water and food but to be honest she is not interested. The other one we call Buff is very lively but keeps checking on her pal..we will have to wait and see what happens.

This month i am hoping to make a tablecloth with some material my daughter gave me..and also to recover my table mats with some oil cloth i got cheap..a few months back.

I have had 2 poorly girls this week,,i knew there was something not right with them both..so they have sofa surfed for the past few days. Its a shock when 2 normally active and lively girls say they want to lay down and stay in their PJ's all day. I actually ran out of Neurofen and cough medicine..something i haven't done for years..but now we have stocked up again,the side in my kitchen looks like a chemists counter.My medicine box is now replenished .It seems to be a really bad cold with headache,sore throat,temperature and loss of appetite..which had us worried as both girls eat well,for Iris not to eat her Sausages was a worry as they are her favourite thing to have for tea and also not wanting a pancake..but today they seem more with it and the temp has one and so has the sore throat..just a bit snotty now.We are just waiting for it to hit us..hopefully it won't but i have paracetomols and also honey and lemons for us.Then my daughter Heather rings me to say the school has emailed her with a Scarlet Fever warning..thankfully it wasn't what the girls have had but it still worried us both..we really shouldn't have Googled it..scared the petals off me looking at how bad it can get.

The allotments are looking abit sorry for themselves at the moment..we are thinking of giving one up..a huge tree over hangs most of it and half the allotment is in the shade at all times..it makes the veggies go a bit leggy..we can't trim any over hanging branches as its a listed tree..the owners won't either so we are kind of stuck with an allotment that costs us £20 a year and nothing grows properly.
The allotment committee won't let us have a reduction on the price of it..we are considering giving it up or speaking to the committee to see if we can put fruit trees on it but only the half that gets the sun..they might or might not,depends which fella we get to speak to..some of them are ok and understand but the others..well lets just say the power of being on the committee has gone to their heads.Its funny to see them approach my hubby..i think they draw straws for it and the loser is the one who has to talk to him. Its quite amusing to watch..he is not violent or aggressive at all..i suppose the bald head,goatee and tattoos might put them off but if they speak to him nicely then he is nice back..not like the last time when they said they had a complaint about some weeds on ours spreading to another one..he got quite annoyed as ours wasn't anywhere near as bad as another one but he never got a visit from the committee..i did chuckle to see them scurry off with tails between their legs as he told them matter of factly the truth..and then politley told them to leave until they had something worth complaining about.Our allotment neighbours are nice people and could not believe that we had a complaint laid against us when other allotments were covered in weeds totally..but then i suppose its a case of who you know.

As the girls were out of action for the last few days i took the opportunity to deep clean my kitchen from top to bottom..it actually sparkles ..i have also rearranged it so all the things i actually use on a regular basis are on hand and also easier to get hold of when i am baking..i hate having to stop to root through the cupboards to find what i need.Its actually made it much easier for me  and now i have a little baking corner.In sorting it out and the cupboard where i keep my baking tins i found this.We have never used it and dont think we will..i am putting it on Ebay.

Its amazing what you find in your cupboards.
Right ladies/gents i am off to make some Palmiers and Cinnamon swirls..well fingers crossed they are swirls.
Take care all
flowertotmum

PS..welcome to my 3 new followers via bloglovin..i can't see who you are as it hasn't popped up yet but i know i have as  my follower count has gone up by 3.Hopefully it will catch up with itself
ftm