Tracked down the culprit..

Hello all, how are you today?
Isn't it weird weather..it looks like it might chuck it down any moment but its unusually warm..which is a totally nice change from freezing.
Now i know you can remember my allergic reaction to where i swelled up and felt pretty grotty. At first i assumed it was old wool and the fibres as i was making pom poms..but i made this over the last week and not once did i swell up..or itch. 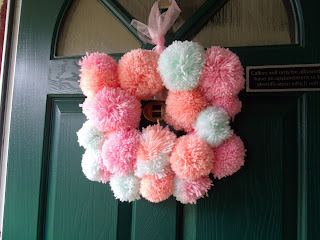 A gorgeous pom pom wreath..i know its not perfect but hey it looks ok to me.
This is the culprit..i never even thought about it until my friend said last week that she had a reaction to some perfume her husband had bought her.It rang alarm bells in my head. 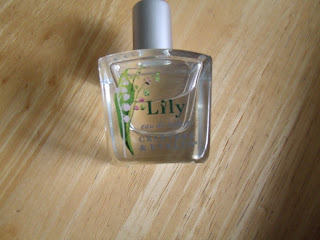 I can't have Lillies in the house as i swell up and sneeze for days..i only had a tiny dab of this on my wrist and bang i was the Michelin man..my son was mortified when i told him as he bought it for me as part of a set for Christmas..he told me to sell it and buy some that i do like..bless him.
So its languishing on Ebay.
But now i know its that, it means my pom pom rug is back on the menu. I am so looking forward to making it..it only takes 5 minutes at most to make a pom pom with a little gadget i bought off Ebay..so easy to use..once you have deciphered the instructions that is.
Right ladies i am off to get started..
take care all
flowertotmum
xx