This time 4 years ago i made up my mind that i was going to Home School my 2 littlest girls.
It had been simmering away inside me for quite sometime and when ever i thought about i got a serious case of the collywobbles..what if i screwed it up and ruined them for life.

I weighed up all the pro's and con's i could think of and came out of it none the wiser.
My husband encouraged me to go for it..try it out if its too hard or they fall behind i had the safety net of sending them back to school.
So i researched it properly and found i had to write a letter informing the school of my decision and when Fern would be leaving.I chose to take her out at the end of the school year..when they broke up for the summer holidays that was her last day. I expected some kind of resistance from the school but nope not a peep.
Fern was not that upset at leaving to frank..she was a very quiet little girl who would barely speak at school and often got looked over for things because of quietness.I did ask why she had the same book for 3 months and was told if she doesn't ask she doesn't get..she must make herself heard..thats a little difficult in a class of 32 children and several with problems that demanded constant attention..as is the case, the quiet ones get lost in the crowd.Not putting the blame on the teacher she was doing her best .
We could both tell that Fern was seriously unhappy..she wouldn't speak at times from when she left the house to go to school until she got back in the front door..weekends and half term were her little haven.
In the end after some more research i decided to just go for it and do the absolute best i could for her and her sister. 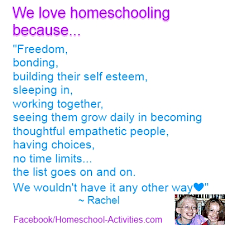 I had an Inspection from the LEA..they could see it was what i wanted to do and had no concerns..i have had 4 inspections and have passed each and everyone with flying colours.
I signed up for some Home School clubs..never heard a word from them..tried to join a Facebook Club for Home Schoolers..never heard a word from them either..so i figured right its all down to me so i am going to go for it.
I then found websites and Forums for Home Schoolers..all American who welcomed me with open arms..i found inspirational mums who home school 5 or more small children and still manage a small homestead.
These websites,blogs and ladies showed me it can be done and you don't have to be that super smart either.
I am not smart..nor exceptionally clever but i am determined and at times ruthless and also brutally honest.
You also have to be prepared,lesson plans are a total must and also patience. 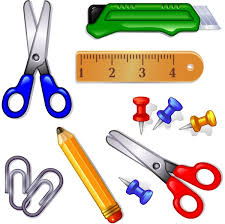 I was expecting to have to pay out a ton of money to get myself set up..no that didn't happen either.
I bought exercise books on sale,also pens,pencils and all manner of stationary stuff to get the basics.
Everytime i went shopping i would buy just one thing..my parents also helped by buying bits and bobs that were on sale also..pretty soon i had a stash that would rival any stationary shop..

Time..now thats the thing that is really hard..you have to devote yourself to it..to start with we would spend at least 6 hours a day working away..pretty soon that got really boring and i was running out of ideas for them..so i changed it..we spent 30 minutes every day on 3-4 different subjects.
After that we then read, separately,out loud and i then read a chapter of a book to them. We discuss the books we read and i often incorporate what they read into hand writing exercises or grammar exercises.
I have found lots of word association games that they can play..and it also incorporates Math in different ways for them too.

Art is something we do as well..any kind of painting is perfect for them..we print off pictures in black and white that have been painted by the old masters and i let them paint them in the style they should be done.
Craft afternoons are a favourite as well.. we spend time making things ranging from pom-poms to collages..its nice to do these things as we talk about things as we do them..doing this together kind of lets their guard down and if they have a nice relaxing and enjoying time they more often than not tell you if they have any problems or little worries that are bothering them.

I have to admit i lost some friends over my decision to do this..lots thought i was Crazy,Mental and going to fail..one even said see you in a year then..not on your bloody nelly !!..
I also found lots of other people who were really interested in what i was doing..some even said they wished they could have done it. 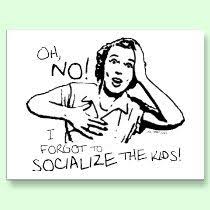 I always get the question about socializing..that has never been a problem..the girls are now more confident in themselves and have slight nerves when going some where new with new people but who doesn't.
The girls have big sisters and a big brother..nieces and a nephew..they all mix wonderfully and there is absolutely no social awkwardness.They mix with a wide range of people of all ages and are chatty and polite.
I do get asked if i ever regret my choice..No i don't.
I look at my girls with pride.
Fern is so happy now and has so much more confidence in herself..she has come out of her shell and is vibrant and a fantastic sense of humour.
Iris has never set foot in a school so being taught at home is the only thing she knows..but she is happy and confident and an absolute joker who makes us all laugh at her antics.

The girls have no peer pressure,no cliques to try and fit in with,they can just be themselves.
I don't get the "but i got to have it" from them at all..they don't ask for the latest in trend things that are a fad..the only things they really ask for are books .

I don't have to buy the uniforms and pay out constantly for trips or other stuff that i hear mums complaining about week in week out.

So 4 years ago i took the life changing decision to Home School..and i am still loving it.
Sara 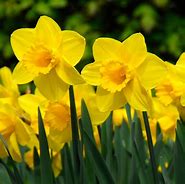